It turns out, Halifax is filled with things to do, just not after 9pm if you are under 19. We began our first day with a trip to the laundromat (necessary), and while waiting we enjoyed checking out a few of the local music shops. New discoveries included a “blukulele” and a “melodion”. We then headed down to the harbour. We began with tours of 2 Naval ships docked in the Halifax port-the CCS Acadia and the HMCS Sackville. We enjoyed a delicious snack on the pier of lobster rolls and poutine, listening to buskers who have arrived for BuskerFest. 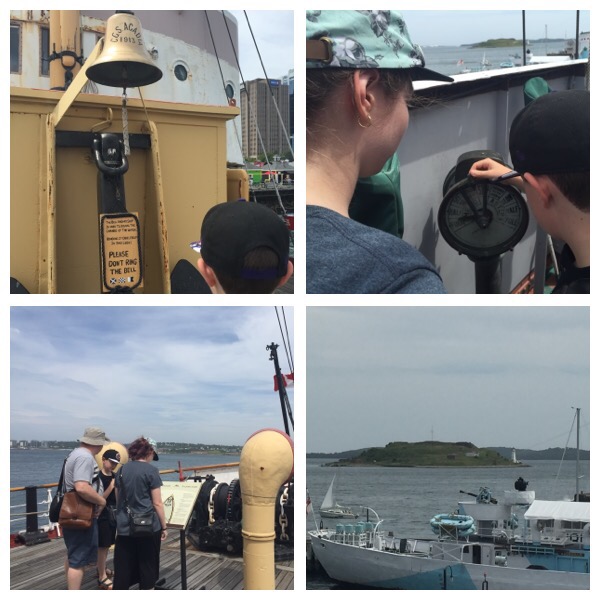 With food in our bellies, we took a stroll over to Alexander Keith’s Brewery. What an awesome tour! The kids were included in our guided tour of the brewery, given iced tea and lemonade while we enjoyed many samples 🙂 The highlight was when we were all invited to a ceileidgh in the pub, complete with beer and live music! The musicians asked for volunteers, and both Mara and Cameron were given percussion instruments to play. We sang along when we knew the tunes and had a great time. And then, to send us off, the hosts/tour guides sang “The Parting Glass”, a song that Mara sang with her choir in Ireland last year. Without missing a beat, she joins in with the 2 female singers, harmonizing beautifully. It was really lovely!